WHOSE WAVES? – A floating installation by Ettie Spencer on the sea in front of Cockenzie Power Station, East Lothian, . Commissioned for the 3Harbours Festival 2010, it remained in place for two weeks in June 2010. http://www.3harbours.co.uk/


- This temporary, site-specific work ( funded by  council) situated outside the traditional gallery setting, allowed  accessibility to a wider and very different audience and was seen by many passers by.

Documentation of the project was shown at an exhibition at the John Grey Centre in Haddington  East Lothian in May 2013. See more by following this link:
http://www.johngraycentre.org/learning/exhibitions/east-lothian-visual-artists-and-craft-makers-awards-a-retrospective-exhibition 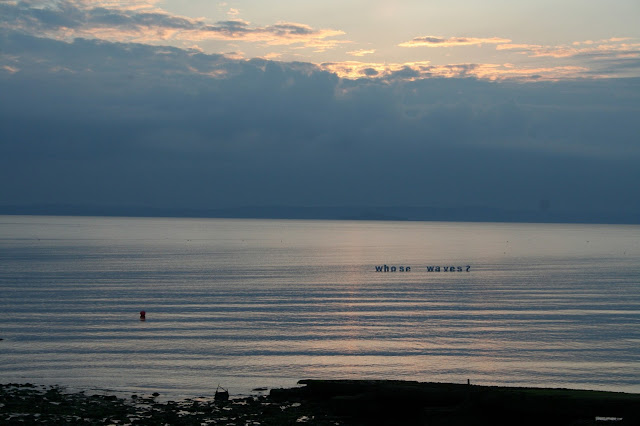 A visually stimulating piece, WHOSE WAVES? invited an engagement with environmental issues and the power of the sea. The question raised general issues about ownership of the elements and responsibility for the planet. 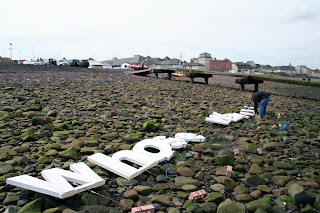 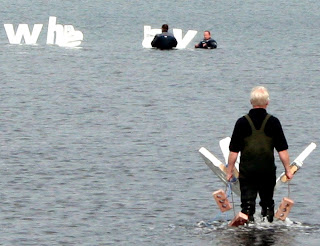 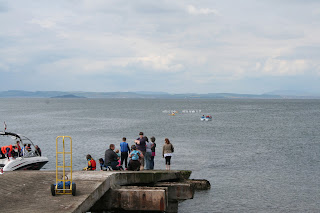 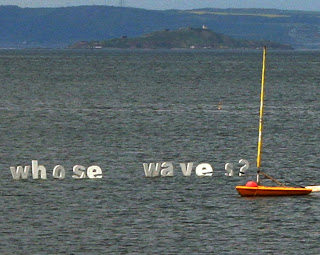 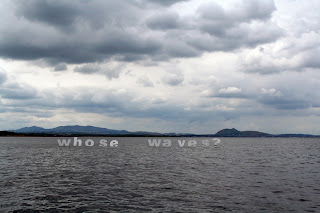 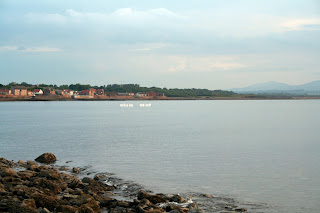 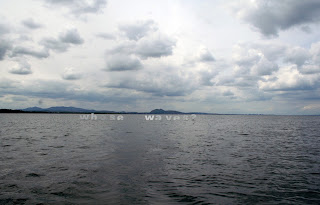