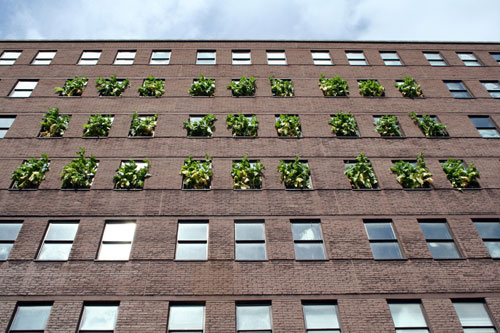 An Edinburgh Art Festival 2008 event, July 31 - August 28 2008.
Supported by the Scottish Arts Council and in collaboration with the Scottish Agricultural College and Artscomplex. 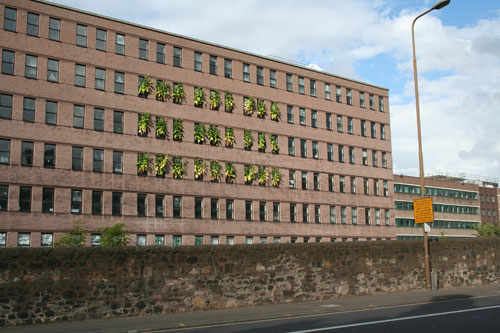 A crop of tobacco was seen sprouting out of the empty shell of St Margaret's House on London Road in Edinburgh. A live temporary installation engaging with the politics of plants, architecture, and the interaction between nature and the built environment.

With its history of harvesting by slave labour and grown as a cash crop in 3rd World countries, exploitation and a bad smell sticks to the tobacco plant. Yet, growing against a backdrop of an inner city eighty’s office block, it provided a visually exciting transformation of the facade for passers-by and the rush hour traffic.

Issues about displacement and forced migration in our globalised, consumer-driven world were also referred to in this work, as well as the ever increasing shift from rural to urban environments and more obvious issues concerning profiteering from addiction.

Sprouting out of the top floors of the massive empty building, that was the Scottish Pensions headquarters, the work was very accessible to a wide audience, some of whom may not have been regular gallery visitors. For the duration of the Edinburgh Art Festival, it was a very different way of 'greening' the city. 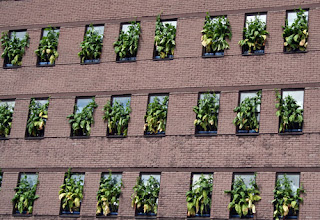 In collaboration with Craigmillar Community Arts, an outside 'crop' of tobacco was also grown behind Craigmillar Arts Centre. Another crop was located in SWG3 - studio warehouse, formerly a tobacco Customs and Excise bonded warehouse, located on the River Clyde in the centre of Glasgow.

A few plants occupied a garden fronting onto Portobello promenade, as part of the Garden Gallery, also in the Edinburgh Art Festival. 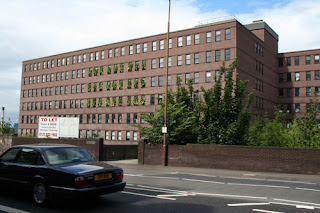 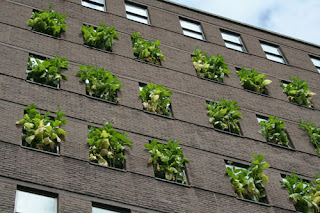 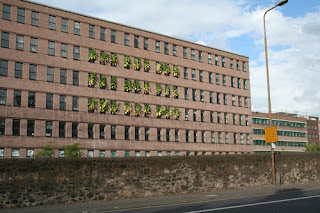 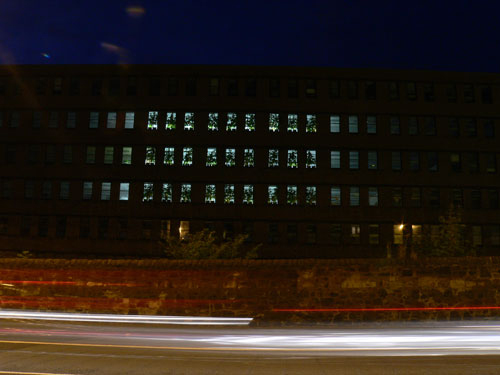