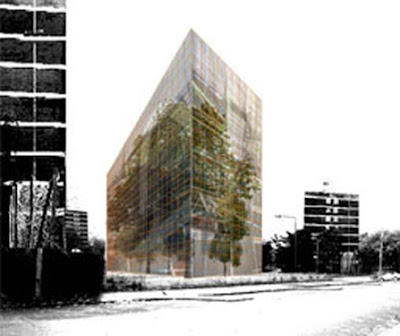 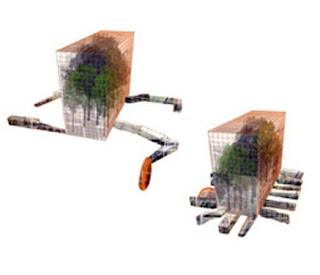 This proposal was developed by Ettie Spencer and cameronwebster, architects, and was co –winner of a competition set up by New Media Scotland, The Lighthouse Centre and Glasgow Science Centre to design a 21st century community green for Pollokshields in Glasgow, It was on show in the Lighthouse Centre in Glasgow for six weeks in April and May 2006.

The Proposal: With the aim of achieving a reconnection with nature, the team proposed that a very large glazed structure be built to contain a semi tropical forest. It would provide a warm, green space all year round for people to spend time in as they wished. There would also be smaller, greenhouse type, mobile structures placed on request in different localities in which people could grow whatever they liked. The smaller ‘pods’ would have the capacity to lock onto the ‘mother ship’ for specific occasions.


A FOREST IN POLLOKSHIELDS: 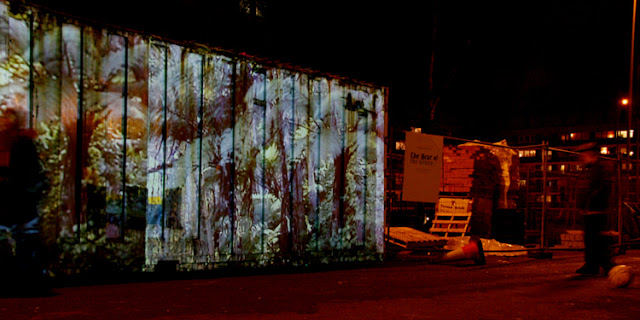 As part of an exercise to consult with the local community, a semi tropical forest filmed in New Zealand, was projected onto an old container in Pollokshields so that people could get a fore taste of how it might be to have a forest in the middle of their neighbourhood.