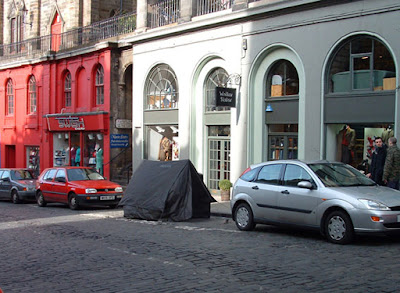 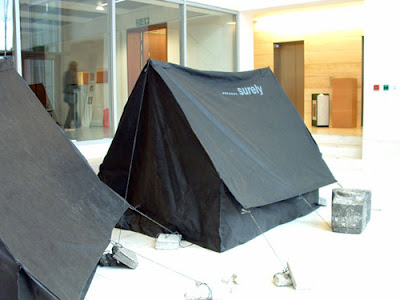 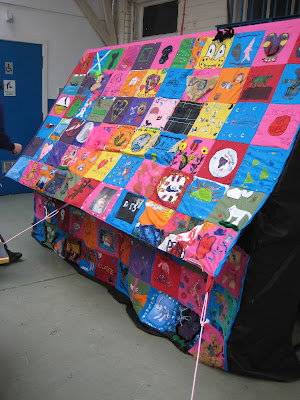 East Lothian Museum Services exhibition 'East Lothian and theTransatlantic Slave Trade' included 'tent' created by artist-in-residence Ettie Spencer and P6 pupils from four East lothian schools.
The launch was one of the features of the opening of the 3Harbours Arts Festival 2009 - at Prestongrange Museum Powerhouse, Morrison's Haven, East Lothian.
Each child made a square to depict one object they would take with them to remind them of their roots, if they were forced to leave their home in East Lothian and become a refugee.  www.3harbours.co.uk 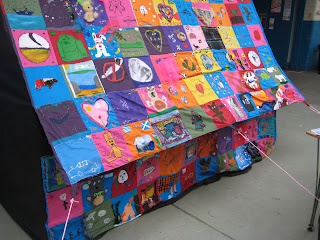 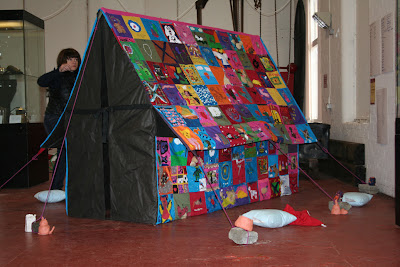 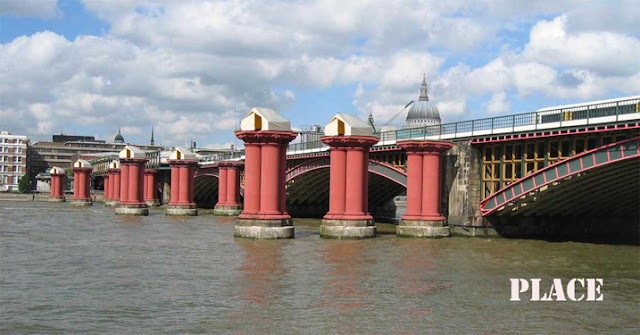 How, in such a sophisticated and complex environment as the centre of London, can we be brought up sharp against our basic needs, the fundamental requirements for our successful survival?

In collaboration with LEVACK, an organization that works with artists to realize ambitious ideas in the public realm, Ettie Spencer was working on creating an installation entitled PLACE on the vacant pillars next to Blackfriars Bridge near Tate Modern.

Eight white refugee tents were to be secured on top of the pillars for one month.  The installation was never realised but the proposed installation prompted a talk at the ICA on the use and misuse of public spaces.
There was also a publication about displacement and architecture as part of CABE's 'PROJECT - Engaging artists in the built environment scheme', Talking Artists Award.